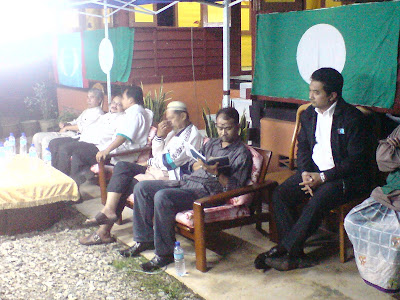 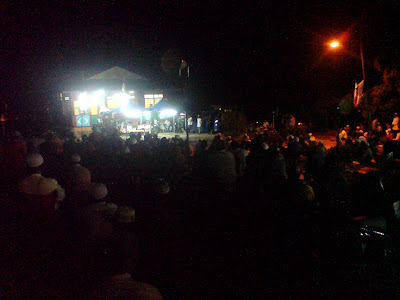 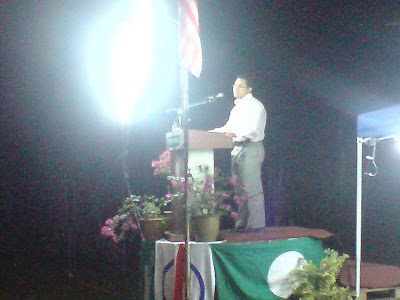 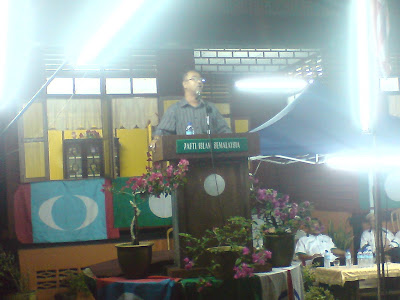 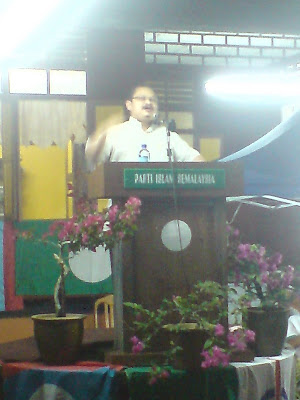 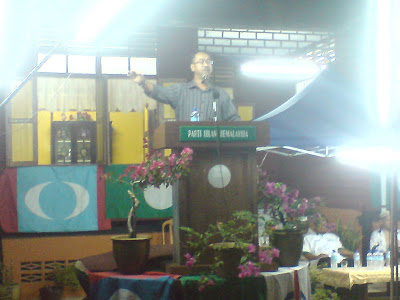 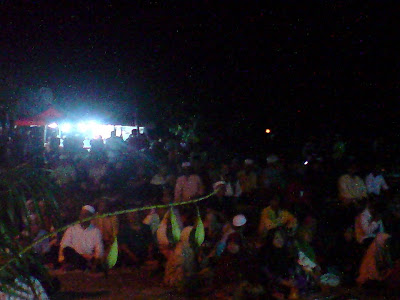 By Dzulkifli Ahmad
JAN 16— May I take this opportunity to remind you that you have called yourself the 1 Malaysia Prime Minister. I have no qualms in admitting that it’s a good slogan. To be frank I thought it was almost a perfect one.
Partisan sentiment aside, no one in his or her right frame of mind should ever entertain the idea to reject it. But beyond rhetoric, you have now turned into an exact anti-thesis of anything except 1 Malaysia. That has become very distressing and indeed extremely deplorable.
It would be very mean and unfair, to remind that you are the only Prime Minister in our political history that came into office carrying a huge political baggage that might have disqualified you and derailed your dream of becoming the Right Honourable PM. Despite the onerous odds, you escaped and scraped through.
Mind you, those nightmares may have faded for now but much as you wish, it could not be buried forever.
But you had all the chance to put right all the many wrongs of your own or party’s ‘sins of omission and commissions’. It has been nearly nine months since you took the helm, the nation is wary and everyone is asking, where is the 1 Malaysia?
You should not need reminding that rhetoric without substance breeds contempt and distrust. You are dangerously treading the path of your immediate predecessor.
Much worse, you are now perceived as even weaker and perpetuating the legacy of lost opportunity by your unending flip-flopping in the typical fashion of the party you now lead.
What is ailing you Mr PM?
Did you not have the chance to correct the many years of BN’s usurpation of contractual rights of the people of Kelantan by negating the agreement between the Kelantan government and Petronas? Yet you didn’t!
The people of Sabah and Sarawak now wonder if the corresponding ‘Vesting Deed’ by which they vested all their rights in their petroleum resources to Petronas will remain in force, once a regime change happens in East Malaysia.
You betray a very poor understanding of the ‘sanctity of contract’ and the practice of Federalism. Against this political decision, your continuous sloganeering of 1 Malaysia seems shallow and remotely caring.
Did you not have the chance to equally denounce and revamp the BTN’s overly ‘racist-indoctrination-propaganda’ on Malay supremacy, as to provide nation-rebuilding and your 1 Malaysia a chance? Again you didn’t! It’s very scary imagining the people you actually listened to.
Did you not witness for yourself how ‘lawlessness’ in the judiciary has become the norm and the nation is fast regressing into Uganda and Zimbabwe? Constant overturning of judgments by superior courts smacked of unending Executive interference.
Did you not have the chance to clean-up the rot in the Judiciary after the ceaseless assault by the Executive? You had the chance but you didn’t!
You liberalised the service sector to provide the nation a chance to rekindle our nation’s competitiveness. It was quite commendable. You equally had the chance to prevent and pluck all holes of leakages by stopping abuse of power, corruption and cronyism to truly boost our competitiveness. Oddly, why didn’t you! Your selective amnesia seems baffling.
Matrade convention contract award stood as a landmark testimony to all your performance-first empty-rhetoric. Apprehending small fries in the PKFZ-mother-of-all-scandal and allowing sharks to roam freely in Malaysian murky waters doesn’t augur well and at loggerheads with the effort to stamp off corruption, reminiscent of the earlier half hearted-war on corruption.
Now you have the chance to evade the looming battle on the usage of the name of “Allah” by adherents of other faiths. Very regrettably you don’t until it now has escalated to arson attack on 10 places of worships of the Christians and Sikhs?
Quite on the contrary, and to everyone’s surprise, you consented to a demonstration by a deluge of disgruntled protestors to vent their anger and worse still, in mosques.
By so doing you are stoking flames of religious dissension and apparently condoning hard-liner’s stance. Isn’t this a great disservice to Islam? Isn’t this a great disservice to Allah? You have in fact fuelled the fire of religious bigotry.
You have very irresponsibly opened that flood-gates and set the nation on a path of self-destruction. Isn’t this diametrically opposed to your rhetoric of 1 Malaysia?
Were you totally oblivious of the far reaching ramifications of your action? Were you not aware of encouraging intimidation and violence as means to resolve religious differences in our truly plural society? Perhaps you were not. That’s bad news for 1 Malaysia.
Finally, who are you really afraid of? Are we to understand that you are after all afraid of the party that you now lead? Are you really in control? Didn’t Pak Lah have all the good intention of putting the two decades of Tun M’s misdoings and failed for the same reason?
Are we witnessing a failing 1 Malaysia Mr PM?
*Dr Dzulkefly Ahmad, Member of the Malaysian Parliament, Kuala Selangor and Member of the PAS Central Working Committee.
*The views written here are the personal opinion of the colum
Dicatat oleh FARIZ MUSA di 3:23 PG 0 ulasan

SHAH ALAM: The Selangor Government calls on Yayasan Basmi Kemiskinan (YBK) to tell the public on all the fund and resources that it has received from the state since its inception.

The financial reports of YBK which was posted on its official website do not truly reflect the extent of the support that the state has given to the organization.

“We are aware of the financial reports posted on the website. But they have no details on the assets and fund given to it by the state. That is why we want it to be analysed and re-stated,” said Selangor Menteri Besar Tan Sri Abdul Khalid Ibrahim.

The Menteri Besar noted that none of the reports had mentioned the the 1,300-acre plot of land in Serendah which is worth at least RM78 million (computed at RM60,000 per acre). “The land is a valuable award to the YBK but it was not mentioned in the accounts. This is just one example. So we call on YBK to be transparent and provide the whole truth.”

He also pointed out that YBK has not paid a single sen for the land since 2001 and it has not made any attempt to do so. It had only approached the state when it wanted to covert the status of the land from agriculture to that to residential and commercial.

Upon conversion, the land will be valued at least RM540 million (computed at RM10 per square foot). “For a land that is worth so much, it is quite unnatural for the state not to be concerned. The previous administration may not be concerned but Pakatan Rakyat cannot turn its back on the issue because it is responsible to every single sen of the rakyat’s money,” said Tan Sri Khalid.

He said as the people’s trustee to the state’s wealth and fund, the State Government must not only be transparent and accountable but also ensure that all decision and actions are beneficial to the people in line with its “Merakyatkan Ekonomi Selangor” policy.

The Menteri Besar also reiterated the state’s plan to issue a “white paper” detailing funds and resources it has provided to YBK in the past years.

The State Government had earlier requested for YBK to appoint the Selangor Menteri Besar as its chairman while the State’s EXCO for welfare be a trustee of the foundation, along with two other state government representatives. However, YBK has protested against the requests.