KUALA LUMPUR, July 3 — Petronas adviser Tun Dr Mahathir Mohamad today asked what did the government spend with the RM253.6 billion payment from the national oil company over the past six years when his successor Tun Abdullah Ahmad Badawi was prime minister.
The former prime minister, a trenchant critic of Abdullah, wrote in his www.chedet.cc weblog that Petronas has been paying dividends, taxes, royalty and export duties to the government since 1976, after it was set up as the national custodian for fossil fuels.
"Where has the money gone to?" Dr Mahathir asked.
He said Petronas began by paying RM300 million in 1976, rising to RM2 billion in 1981, when he assumed office. The total from 1981 to 2003 was RM168.8 billion for the 22 years that marked Dr Mahathir's tenure as the country's fourth prime minister.
"From then onwards it increased from RM19 billion in 2004 to RM67.8 billion in 2009. The total for six years is RM253.6 billion," he said. It is not known if the figures were adjusted for foreign exchange fluctuations as oil is usually quoted in US dollars.
"I am sure the government had spent the money wisely. It would be interesting to know what the RM253.6 billion was spent on," said Dr Mahathir, who retired as prime minister in favour of Abdullah, who stepped down in early April.
His remarks today came after a June 25 announcement by Petronas that it had paid RM30 billion in dividends to the federal government for the financial year ended March 31, 2009.
The amount was despite a 14 per cent decline in net profit to RM52.5 billion due to lower crude oil prices and higher operating costs and included a special dividend of RM6 billion which was declared in the last calendar year. Petronas paid out RM24 billion in the previous financial year.
Apart from the dividends, Petronas — the country's only Fortune 500 company — also paid RM29.4 billion taxes, RM6.2 billion royalties and RM2.2 billion export duties for the last financial year, totalling RM67.8 billion to the federal government against RM56.8 billion in the previous year. -by Malaysian Insider.
Dicatat oleh FARIZ MUSA di 12:28 PTG 0 ulasan 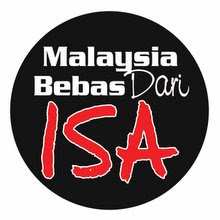