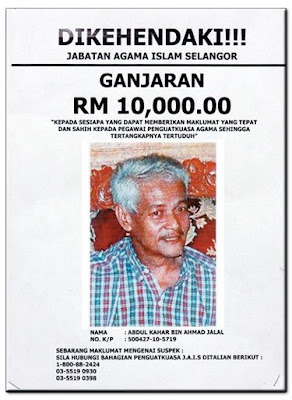 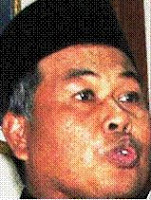 In September of 1998, Malaysia and the world were stunned when its Deputy Prime Minister, Anwar Ibrahim, was suddenly sacked, and a short while later arrested on charges of corruption and sodomy. Incredibly, almost 11 years later, he is facing the same nightmare all over again, with his trial on a new charge of sodomy due to be heard starting 8 July.
The 1998-99 trial was condemned around the world as manifestly flawed, riddled as it was with manipulation and shoddy fabrication of evidence, and unfair decisions by the judge. On the night of his arrest, Anwar was savagely assaulted by the chief of police, and denied proper medical treatment for the entire duration of his 6-year detention. He was also kept in solitary confinement throughout. Leaders from around the world as well as international human rights and legal organizations recognized him as a political prisoner.
Anwar, having made a remarkable return to Malaysian politics since his release from prison in 2004, is now Leader of the Opposition, and is widely seen as a serious threat (or a viable alternative, according to one’s political leanings) to the 51-year reign of the National Front coalition, and to new PM Najib Abdul Razak in particular.
The new charge was served on Anwar in July of last year. He was arrested and detained in the police lock-up overnight, despite offering full cooperation to the police in their investigations. Anwar maintains that, once again, the case is baseless and has been cooked up in an attempt to scuttle the revival of his political career. And indeed, the conduct of the case thus far seems to be aimed at humiliating him and ruining his reputation rather than fulfilling the requirements of the legal process.
Ominously, some of the main players in the prosecution are the same as for the first case, including Gani Patail, since elevated to Attorney General, and Musa Hassan, now holding the top police post.
Anwar and his team of lawyers believe that this new case will be argued mainly on the basis of DNA evidence. A new DNA Bill was recently rushed through Parliament, thought to be intended to facilitate the prosecution’s case.
Looking at the progress of the case so far, there appear to be many serious discrepancies and a lack of professional ethics on the part of both the police and the Attorney General’s office. But, as in the earlier case, if a pliant judge has been found, this will not prevent a conviction from being handed down to Anwar. If he is found guilty, he faces another lengthy spell behind bars.
INTERNATIONAL BUREAU
Parti Keadilan Rakyat
Dicatat oleh FARIZ MUSA di 2:31 PTG 0 ulasan 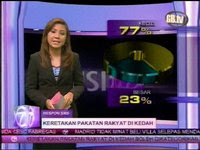